Hello everyone, we’re back again this week with another new anime series we started watching, UQ Holder! I’m pretty sure it is 7 episodes in, with a new episode playing every Monday. The main character, Touta Konoe, is an orphan whose parents asked Evangeline A.K. McDowell to save their child before they died.

I can only guess they were murdered? As of now the back story on this has not been very specific and is limited to the one time Evangeline mentions it to Touta. Evangeline, which has been taking care of Touta for the past two years, turns out to be a 700-year-old vampire, who like every other immortal, is being hunted by the Immortal Hunters. Touta doesn’t find out until they are attacked by one of these hunters, who tricks Evangeline before managing to put her in a bind (she may have let him?). Touta attempts to save her, but as of now, Touta is still just a normal mortal kid, so the hunter takes him out fairly easily. Lying on the ground, next to Evangeline, who seems to be dying, gives Touta two options. One, die a normal kid having lived a normal life, or two, drink her blood and become an immortal monster, who can then save his friends from being murdered by the same hunter who nearly slaughtered the two of them.

Touta chooses option two, saving himself and his friends, becoming an immortal vampire with some pretty awesome power. I don’t want to go into too much detail, ruining it for anyone who may want to watch the series themselves. And I’m not sure I would put this in a top ten yet, however, if they continue the series past one, or two seasons, we might actually have something worthwhile. For now, I would recommend checking it out if you are just looking for a new, sort of interesting series to check out. It has a fair amount of action, with at least some backstory, starting an introduction to a few of the main characters. I personally like the show and will continue to watch it for the time being, but I am kind of hard to be displeased when it comes to anime as long as the graphics are decent, or better, with at least some story to tell. For now, I give UQ Holder a thumbs up and hope to witness it become another great anime series. There is a lot more to the story then what I’ve written about here, but if it peeked your interest any, I’d recommend checking it out! Let us know what you think about the show in the comments! Thanks for reading and much love, until next time!

If you like the content, you can follow the blog to stay up to date with any new post! You can also head over to the donations page if you want to help us produce more content on a regular basis and make the site more user-friendly. Of course, your views and feedback are what mean the most, hope to see more of you around! 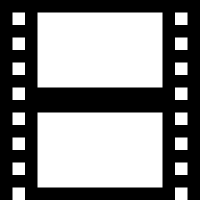 Welcome to BAYOG, a blog by a group of friends. We cover various topics that interest us from gaming, anime, manga, dramas, music etc.